History of Our Library

In the fall of 1959, the Levittown Civic Association appointed a committee, led by Catherine Costa, to organize a library for the township. St. Paul's Methodist Church offered its basement to organize the library.

The Levittown Woman's Club organized a house-to-house book drive in Nov., 1959. During that same month, the Library Association of Levittown, NJ was formed and officers were elected. The first officers of the library board of trustees were M. Gene Haeberle, Pres.; Ms. Costa, V.P.; Jacob Bloss, Treas., Joan Faris and Polly Everitt, Secs.

In January 1960, members developed and adopted a constitution and by-laws and the Association was legally incorporated. By that time, the Women's Club had collected 2500 books to form the core collection. The Levitt organization donated $500 to purchase dictionaries and other basic reference books.

The Association Library, staffed by volunteers, opened in the basement of the municipal building in July 1960 and a house-to-house membership drive was undertaken which resulted in $2,700 in donations. Services provided by the new library included best sellers, children's story time, and telephone information service. Shortly thereafter, on November 8, 1960, a public referendum was held and the voters agreed to the establishment of a municipal, tax-supported, library.

Also in 1963, the township changed its name from Levittown to Willingboro and the library, as its agency, followed. For its first four years the library had a part time director, Frederick R. Hartz. Maurice S. Goldman became its first full time director in 1964, serving until his retirement in 1995.

Fire destroyed the municipal building in Dec., 1964 and the library moved to Levittown Plaza in Feb., 1965 where it remained until Feb., 1968, when a 10,250 sq. ft. facility was opened on Salem Road as part of the newly built municipal complex. The new library contained space for a collection of 42,400 books.

Services in the 1970s included 16mm films, framed art prints and sculpture available for borrowing, and cultural programming. In the early 1980s new formats such as videocassettes were added. Technological change began to appear in the early 1990swith the introduction of a CD-ROM based network and public access to the Internet in 1996. Internet instruction and other computer classes soon followed.  In 1998, the library said goodbye to the card catalog and introduced an automated circulation and catalog system.

A report from the administration of then-Gov. Christie Whitman recommended that the township merge its independent municipal library with the Burlington County Library system. The citizens of Willingboro demonstrated their love and support of the municipal library when a public hearing was held in Nov., 1995. Residents testifying overwhelmingly affirmed their support of an independent library. Out of this discussion, the Friends of the Library was born in Mar., 1996.  The Friends continue to raise funds to supplement the library's services.

The current library director Christine H. King took her position in 1997. She oversaw the development and construction of a new, state-of-the art library which opened in Sept., 2003. Named an American Institute of Architects Top Ten Green Project, the building is a 70% new construction, 30% renovation of a 1959 building.  Formerly Woolworth's in the old Plaza on Route 130, the 42,000 sq. foot library is an anchor of the new Willingboro Town Center. The library has also won a Green Building Award from the Pa. Environmental Council.

The new library features services probably undreamed of by the Women's Club members who knocked on doors to collect used books back in 1959. These include 29 public access computers, including a computer training center; a local history room; multiple large and small meeting rooms; a café; an exhibit room and children's reading garden.

Citizens of Willingboro and surrounding communities show their enthusiasm for the library and its services by breaking all attendance records. In 2007, 156,314 people visited the library, the most of any year in its nearly 50 year history. In June, 2008 the highest monthly usage ever was recorded: 16, 234. 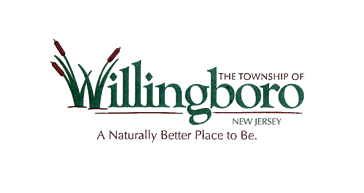